THE most successful sidecar racer of all time, Steve Webster, will be Guest of Honour at the Carole Nash Motorcycle Mechanics Show this October. He always attracted a large audience during his racing days, and now fans have the chance to meet the former world champion, getting to know more about his memorable career. There will also be an exclusive interview by resident compere and local racing star, Steve Plater. 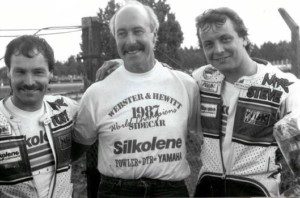 Born in Easingwold, North Yorkshire, Webster’s career began aged 19 back in 1980 at his local circuit, Elvington near York, and he went on to achieve a magnificent and record-breaking career, winning the FIM Sidecar Championship a record-breaking ten times.

He won his first title in 1987, in only his fourth season of world Championship events, with Tony Hewitt in the chair. 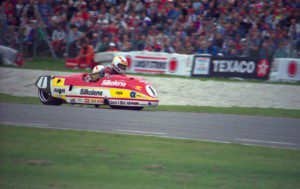 His further two titles were added in 1988 and 1989, before claiming another title in 1991 with partner Gavin Simmons. A gap of six years followed, before he claimed three back-to-back titles in 1997, 98 and 99 with David James.

His illustrious 25-year career came to an end in 2005 when he announced his retirement from the sport after health problems prevented him from finishing the season. His announcement brought to an end a career which saw him rise from a 19-year-old club racer to the most successful sidecar racer in the history of the FIM World Championship. The Yorkshire-born man has always been a firm favourite around the world, not just for his brilliant record, but also for his laid-back attitude. 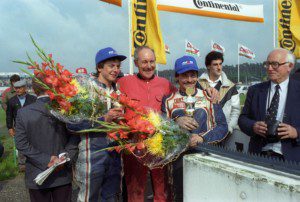 Away from his racing, Webster has been awarded numerous awards and recognitions for his outstanding career. He was the recipient of the Seagrave Trophy in 1991, the same year he was awarded an MBE for ‘services to sport’. He also received a Lifetime Achievement Award from the Auto Cycle Union in 2006.

The Carole Nash Motorcycle Mechanics Show October 2019 takes place October 19th-20th at Stafford County Showground. Further announcements will be made in due course, with news on more guest appearances and activity planned for the event, deemed the largest classic bike show in the world of its kind. Trade plots are booking up quickly, with spots inside and outside still available.

Advance tickets are on sale now, with a 20% saving on the gate price: https://www.classicmagazines.co.uk/stafford